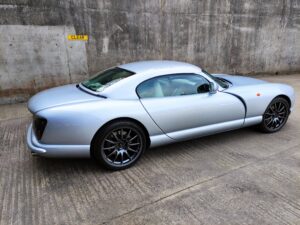 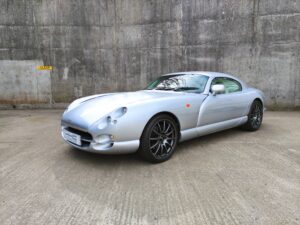 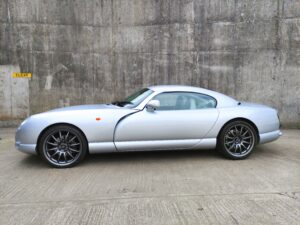 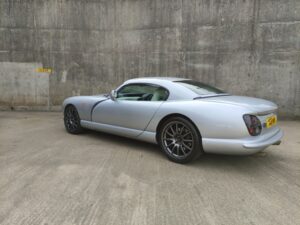 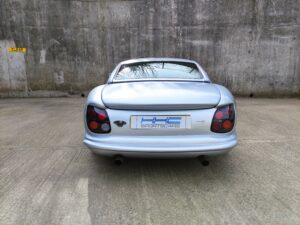 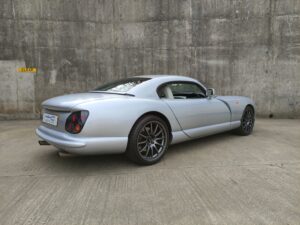 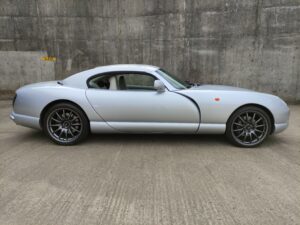 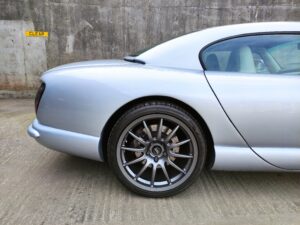 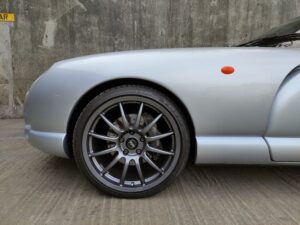 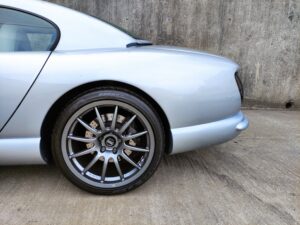 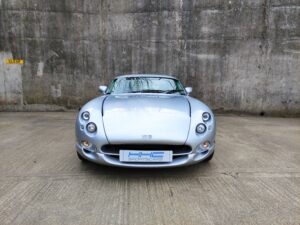 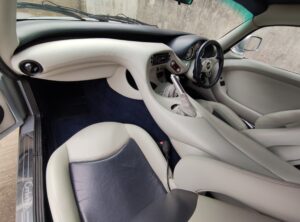 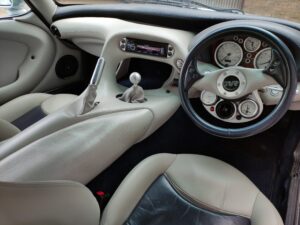 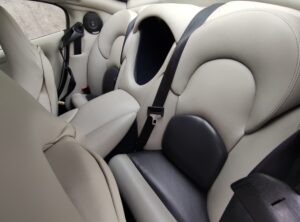 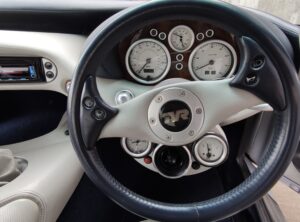 Originally registered by TMS TVR Dealers as a demo car and then sold to its first private owners when only three months old. Five private keepers since new and with its last owner since the middle of 2008.

Now sitting at 91k miles this car has been maintained regardless of costs by the last owner. This schedule includes a full engine rebuild by Str8six in 2013, when at 76,625 miles. At this point the engine was uprated to ‘Red Rose’ specification including different pistons, conrods, injectors and ECU.

Then in 2017 whilst back with us for service, the car underwent a partial re-trim. This work included a full re-carpet in Wessex Blue, and both front seats were fully re-trimmed in a combination of Portland Grey with Prussian Blue full leather.

All-in-all this is a Cerbera that has been used and enjoyed but that has also received a significant expenditure to keep it in good order meaning that there shouldn’t be any large items to replace or rebuild in the near future!

All of our cars are fully serviced with MOT prior to sale. For more information call 01434 601666 or email hexhamhc@gmail.com.